The Manchester Arena, known as the AO Arena for sponsorship reasons, is an indoor arena in Manchester, England, immediately north of the city centre and partly above Manchester Victoria station.

The arena has the highest seating capacity of any indoor venue in the United Kingdom, and the second largest in Europe with a capacity of 21,000 and is one of the world's busiest indoor arenas, hosting music and sporting events such as boxing and swimming. 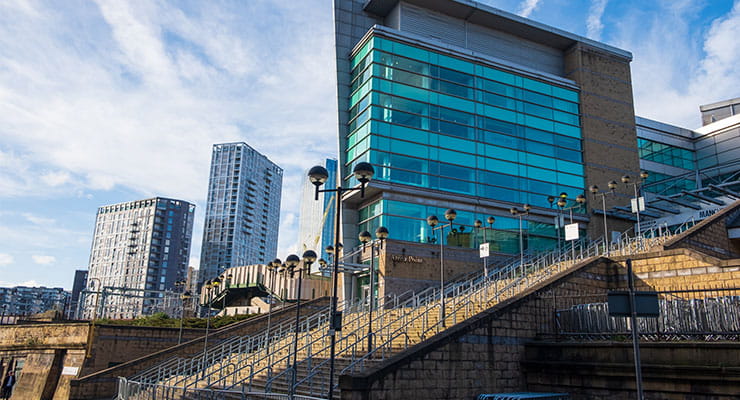