The Harold Pinter Theatre is a West End theatre located on Panton Street in the City of Westminster. The theatre was previously known as the Comedy Theatre but changed its name in 2011.

The 796 capacity theatre was constructed in October 1881 and took only 6 months to construct. Although there was major construction in 1955, the auditorium  remains the same as when it opened in 1881. 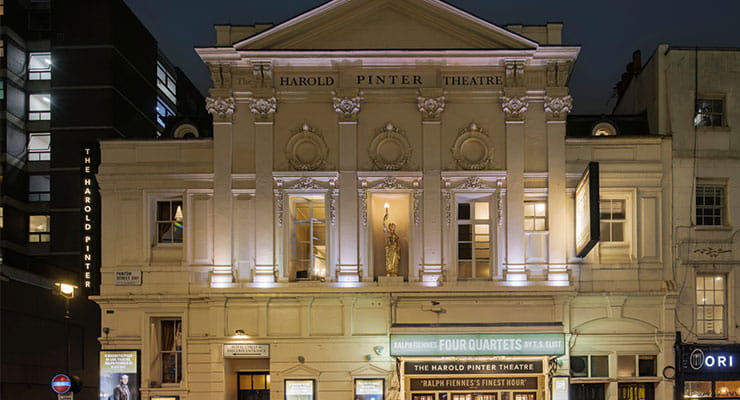